Just got back from a great traverse of the Budawangs. Came across an abandoned pack in a small camp cave that you'd probably use in an emergency only near crooked falls. Note location on the map.
It's on the cliff line you skirt before dropping into angels crk if coming from Hollands gorge.
It's a 60-70L pack. Looks a bit dated and a bit faded so could have been there for a while. Also a small jetboil canister that had started to have a bit of rust was placed next to the bag. It appeared to have a little bit of dust on it.
Didn't rummage through it incase I was wrong and it wasn't abandoned. Neither did I think to take a pic of it.
Didn't come across any body so I'm pretty sure it's been there a little while.

Don't know why someone would leave their pack 1.5 days in...
Only reasons I can think of either someone got air lifted, lost or fell off the crooked falls lookout.

The log book at the CC near watsons pass indicates that a few parties have gone past the pack location this year so far.

Does anyone know of it & what the story behind it is? 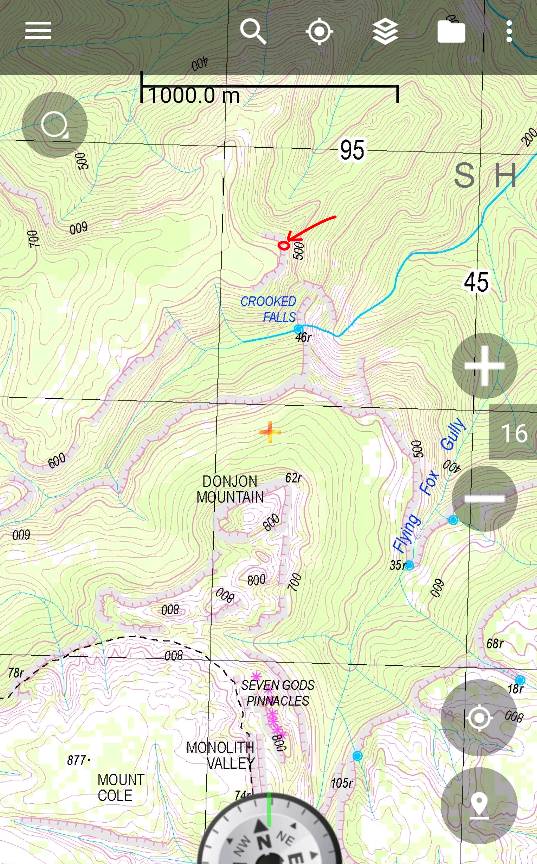 Probably worth a call to the local NPWS office if you haven't already. It could be more recent than you think i.e my gas canisters often get a bit of rust after a day or two as I store them in my pot which I'm often to lazy to dry before bed.
Huntsman247

I've informed NPWS. But curious as hell to find out what happened.
Huntsman247

Just heard back about the abandoned pack. National parks informed the police who just got back to me. Turns out that a walker got airlifted out a week or so ago. Not sure on the details of the injury but glad it's was the least case senario.
Post a reply
Desktop version